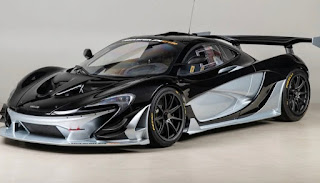 The McLaren P1 GTR is one of the British company’s finest creations and a lightly-used example is currently up for sale in the United States.
This particular P1 GTR was ordered new for a U.S. owner and was specced with the factory track package, a $30,000 option that includes twin nitrogen bottles to power the two center-lock air guns, a nitrogen bottle to power the car’s in-board lift system, Vlog equipment, a Bowser fuel system, computer tablet to access telemetry data, a spare set of track tires, torque wrench, and a special car cover.

Despite that, the original owner clearly didn’t drive the car very much as it has just 283 miles (455 km) on the clock, the Canepalisting reveals.

Adorning the exterior of the car is a gloss black paint scheme with silver panels across the lower half of the track-only hypercar. Lanzante famously offered a conversion kit to make the P1 GTR street legal, but this car hasn’t been fitted with this package.

As the GTR is meant to be driven on the track, the interior is free of any of the road-going P1’s luxuries. In fact, it only has a single seat for the driver. 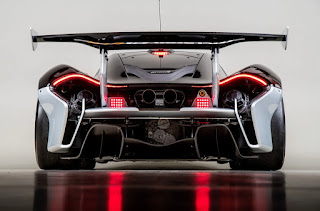